YOLO or What the Hell Does That Mean?? 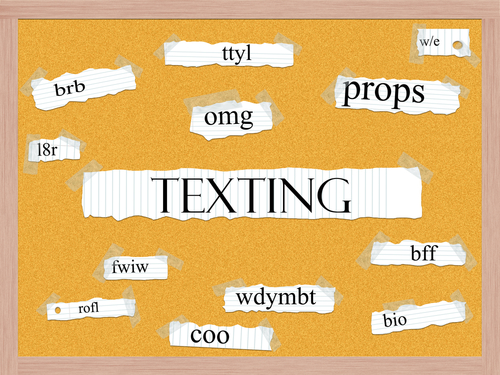 Yesterday I vacuumed what appeared to be a spotless carpet just because I hadn’t done so for a few days.

I’ve gone to bed before nine quite a few times lately. And found myself wide awake at five-thirty.

I’ve been washing zip lock baggies from the grocery store deli so I can use them again.

I went to a Chinese restaurant not too long ago and stuck a number of packages of disposable chopsticks and soy sauce in my purse.

I have a pile of napkins and soda crackers from takeout in my kitchen, because why buy napkins or soda crackers when I can get them for free?

I go to the grocery store and grumble about prices. How much for lean ground beef?? And when did 80% become “lean?” Back in my day, it was 90%.

The truth is, I can live with most of these things. I just don’t care that much. So what if I take a few packets of soy sauce? That’s why they’re out there, and they certainly won’t go to waste.  And I was tired, dammit, so I went to bed. That’s just the responsible thing to do.

That said, there is one old lady trait that’s really pissing me off. I mean, it’s not only making me feel old, but it exasperates me at the same time. I see it everywhere, and it even comes from people who I thought were my contemporaries.

First of all, I definitely show off my old lady ways when I text, as I use complete sentences with proper punctuation most of the time. None of this, “o i c u r m t,” and crap like that. Sure I laugh out loud or my ass off sometimes, but I’ve never YOLO’d or  GR8’d anyone.

And I’m seeing these stupid things everywhere. Even in what are supposed to be news articles, or thoughtfully written essays and blogs.

And I don’t know what the hell they mean most of the time.

I can’t just let it go, however, so I end up looking them up, feeling stupid the entire time. Feeling like the old lady I apparently am, as I lament the demise of just writing the damn words out. Especially for people like me, who don’t know what the hell you’re trying to say. And seriously, it will only take you like five seconds longer to type the words. Maybe less if you’re efficient.

Here’s a few of the stumpers (and their definitions for the other old ladies out there) that have humiliated me in four letters or less:

I admit I looked some of these up for the sole purpose of using them here, but it only helps further my point. Somewhere, some smarty-pants kid or hipster genius writer I’ll never be able to compete with is out there using crap like this. On a regular basis. They might even read this and laugh at the stale old lady complaining about “those darn kids” and their annoying slang.

I might agree with them, having once used terms like “tubular,” “wicked,” “like, totally,” and “gag me with a spoon.” Each generation has their own vernacular. One that I am certain is designed, in part, to annoy old ladies.

That said, at least my generation knew how to spell. Even frumpy old ladies back in my day had an inkling of what we meant.

Part of the problem, however, is that I really don’t see myself as an old lady. In my head, I’m still young and vibrant. I don’t have any gray hair, my figure is still curvy, my skin nearly wrinkle-free. I can still get my drink on and shake my tail feathers.

For my part, I’m certain if some of these kids went out with me, we’d have an awesome time. Seriously.

Unless, of course, they’re twenty-two and want me to take some Molly and play laser tag. (That’s what kids do nowadays, right?) In which case, I’m out. Sorry.

I think you forgot I’m an old lady who stuffs ketchup packets in her purse. I can’t keep up with that kind of craziness. Plus, it’s past my bedtime.

I’m out with a SWAK and a WEG.

(If you don’t know what those mean, I’m not going to tell you. Go look that shit up.)