Getting Over the Superwoman Syndrome 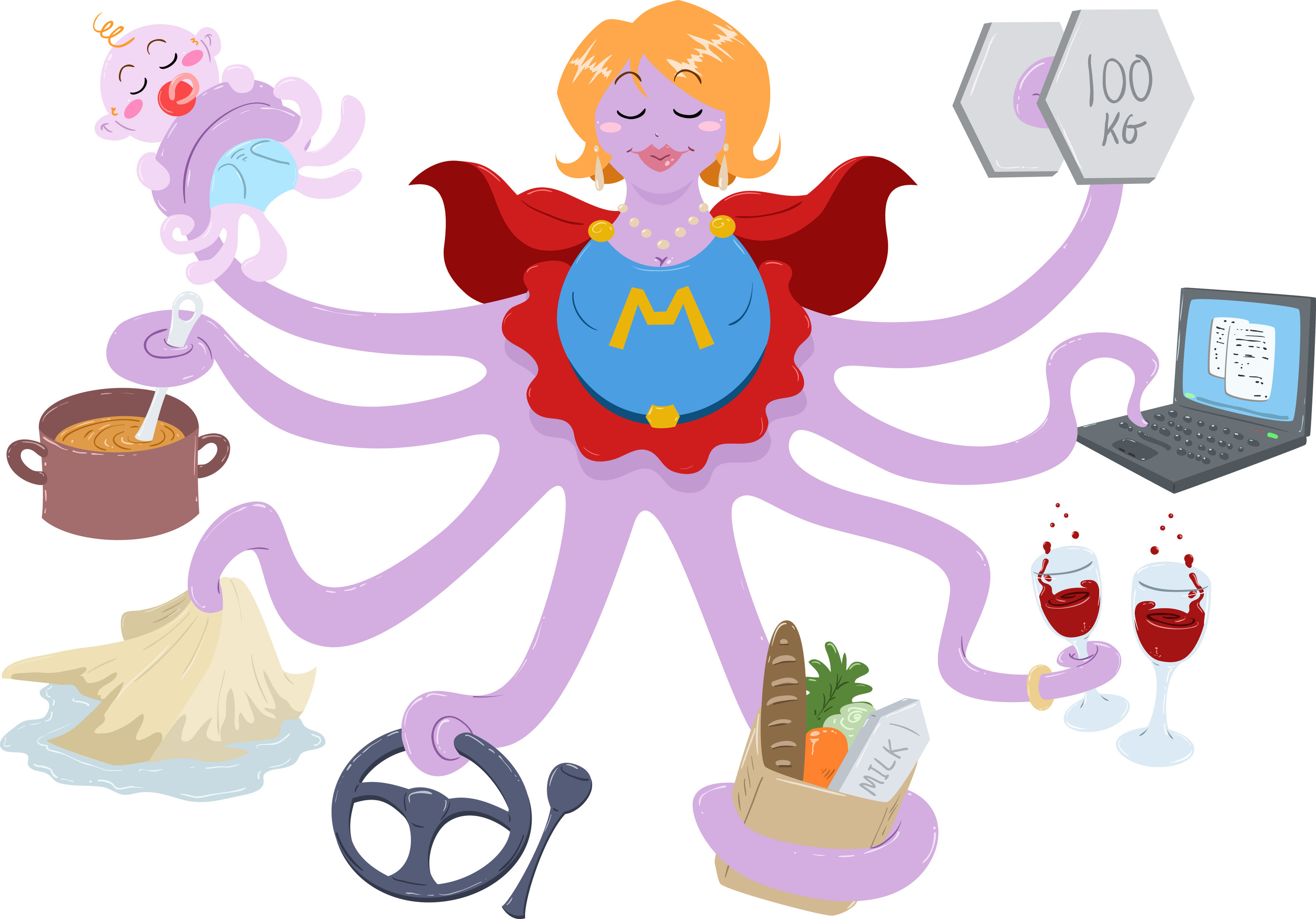 “I do think women can have it all, but not all at the same time” – Madeleine Albright

“My goodness, it’s nice to have someone so involved. You’re a regular Supermom.”

I remember hearing those words coming from my son’s preschool teacher. I also remember how, for the briefest of moments, my chest puffed with pride, and my head started to swell with thoughts of my own grandeur. Yep, I told myself. Single mom and I still manage to leap tall buildings in a single bound.

My oldest child was four years old and attending Head Start. I volunteered upward of twenty hours a week. I chaired the parent group. I served on the policy council for the entire region. I put together the monthly newsletter.

My son’s teacher thought I was the poo.

When I came back to earth, the guilt started to sneak in. What would she say if she knew the truth?

That was eighteen years ago. Since then, I’ve volunteered a lot and I know it’s hard to get parents involved at school. I understand the value of a parent who gives their time to their child’s school and parent organizations.

But Supermom? That implied I had my shit together. The truth was somewhat different, but I wanted to be that woman. More than anything.

There’s a certain expectation these days that all moms MUST BE _______.  Fill in the blank. You must do certain things, talk to your kids a certain way, spend quality not quantity time with them, feed them organic-non-GMO-whole-foods-from-local-growers, buy them this toy to encourage their imagination but not that one because it encourages stereotypes, get them into sports and music and community service, and on and on and on.

Like I said, I wanted to be that woman. I wanted to do all and be all for my kids. Other women did it, why couldn’t I?

I wish I had, because it would have saved me a lot of guilt and shame, and maybe, just maybe, I would have been a better mother for it.

I think I’ve gleaned a little wisdom since then. I know that we, women and mothers, have one of the hardest jobs in the world. Not just because we’re raising the future of our world, but because we are so hard on ourselves.

We’ve bought into all the stereotypes and all the expectations. We think we need to be June Cleaver, Oprah Winfrey, and Angelina Jolie all rolled into one.

When did the bar get set so impossibly high?

I mean, really. June Cleaver might have kept a spotless house, but she didn’t have a job, did she? Not to mention, she was a TV character. From the 50’s. And she wore friggin’ heels while vacuuming.

Oprah? She has no kids, and we won’t mention her yo-yo dieting.

My point is none of these women are the be all and end all of womanhood. Neither am I.

I do, however, have a little perspective now that my kids are grown. I wish I could go back and tell that thinner, younger, scared-shitless version of myself a few things.

The bottom line is this: Supermom doesn’t exist. She’s as much fiction as June Cleaver. No matter what you do, you’ll never live up to that impossibly high standard. Instead, we should focus on what we’re good at, the ways we totally rock this parenting gig.

I can think of a few for myself:

I’m proud of the young men I raised. They are interesting, intelligent, independent. They don’t always make the choices I want them to make, but they are following their own path. They know they can come to me if they need help, or advice. They know I love them to the ends of the earth and back again.

She’s got nothing on me.