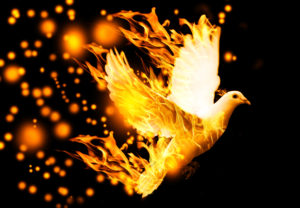 All across the town

All across the night

The world is full of unrest. More than I’ve ever seen in my lifetime. Now, of course I am young… too young to have been part of marching for women’s suffrage, civil rights, the protest against Vietnam and so forth, but I can imagine the unrest during those times, the fights and the protests and the pain. Those were all products of their era. Now, we are seeing the product of our era.

And it sure is ugly.

Every day I turn on the news and I am terrified by what I see. For months now, we have been watching the world slowly imploding. This global pandemic sending us indoors and distancing ourselves from each other. The widespread, rampant unemployment and ever-widening income disparities. The shooting of Ahmaud Arbery. The death of George Floyd, and now the resulting riots. And through it all, no real leadership, only extremists fueling the fires.

A few days ago, a man who works for my company sent an email to all employees. He was expressing his fear and distress over the current climate, but also his outrage over recent treatment of his son-in-law, a delivery driver for Amazon, and a black man. His son-in-law was called vile names and nearly assaulted while trying to do his job. My colleague was in clear distress as his called for an examination of the way our society treats people of color, asking the question so many of us are asking: why??

Only two people responded to him, another man and me. Shortly after, he sent out an apology email saying that he was wrong to use corporate email to discuss personal issues or politics.

Obviously, HR shut him down.

And to drive that point home, HR sent out an email a few minutes later stating that:

“As a Company, we condemn racism in the strongest possible terms and strive to create a workplace that is diverse and inclusive for everyone. We would like to remind everyone that Company e-mail is to be used for business purposes only.  Please do not use Company e-mail to send personal messages or share your views on politics or the news.”

Lip service and a warning to all of us to leave the discussion alone. Work is work, and current events have no place in the workplace. No matter that that these are issues that affect countless African Americans in their workplace, but hey… none of us are black, so leave it at the door.

I find myself so angry now. Angry at what I see going on. So angry at my company made up of almost entirely white people, shutting down the words of someone talking about CIVIL RIGHTS. Not politics, but simple rights that should be afforded to everyone.

Don’t talk about anything personal.

But it’s okay for that one employee to send out a fundraiser email every year to support MS since her best friend has it. Or the myriad of Christmas emails, God this and God that. As an atheist, I’ve never complained to HR about those emails, because I’ve always known it’s okay to have an opinion and a voice. But I can’t help wondering… if we can talk about pleasant things, why can’t we talk about the unpleasant?

No, this is a business, let’s keep it that way. Let’s pretend the world’s not on fire. Let’s not talk about things because it’s easier to sit back and benefit from our white privilege and ignore what is in the world. Because it doesn’t really affect us.

The hypocrisy astounds me.

Yes, it is always easier to ignore things when they don’t have a direct impact on our lives.  I am not poor and homeless, so I can easily assume those who are must be lazy or drug addicts. I have not been sexually harassed, so she must be exaggerating what happened, and oh, by the way, did you see what she was wearing? I don’t care if you’re gay, as long as I don’t have to see it. I am not black, and they surely must be exaggerating the way things really are because I’ve never witnessed it with my own two eyes.

Was my colleague’s email inappropriate? Maybe. Was my response? Possibly. I concede on both counts that it certainly crossed a line of professionalism. But it wasn’t among customers. It was internal. And it wasn’t controversial, like abortion, for instance. At least, it shouldn’t be controversial.

Which leads me to the question… when is it okay to have the discussion? Where? With whom?

Burn, baby, burn… our house isn’t the one on fire, though, so let’s turn a blind eye.

Except this IS our house. It’s your house, their house, our house, MY fucking house. You may not realize it now, but soon, eventually, it WILL come to your doorstep.

How many times do we have to be reminded of the words of Martin Niemöller before we take them to heart?

First, they came for the Jews and I did not speak out because I was not a Jew.

Then they came for the Communists and I did not speak out because I was not a Communist.

Then they came for me and there was no one left to speak out for me.

Maybe in the wake of WWII we took his words seriously, but as the years passed, we grew more and more distant from it. The trauma lessened, and we became immune to the pain of what happened. Maybe that’s why it is easy to look the other way and frame these thoughts and ideas as “personal” and “political.”

I am appalled and offended that my company shut down my colleague. That more people weren’t outraged on his behalf. That race relations are framed as politics, as if they aren’t about equal rights, civil rights.

Goddamn right I am angry.

And I will not go gentle into this good night.

Because it is not a good night. It is chaos. It is a frenetic fight to claim what people shouldn’t have to be fighting for in the first place. They are fighting for the right to LIVE. Where is the politics in that?

Will I face backlash from my company if they read this? Maybe. Part of me hopes so, and it is certainly not unheard of in today’s world, but I just don’t care because I am ashamed.

Ashamed that instead of offering my colleague support, my company obviously chastised him for using work email inappropriately. I am ashamed to be part of that machine, part of a machine that turns a blind eye.

And I am ashamed of myself. Ashamed that I’m not doing more to fight. Ashamed that I’ve let myself get comfortable in this wealthy corporate world. I am just a small cog, but I’ve gotten used to the money and benefits and comfort it affords. I’ve forgotten where I came from.

There was a time in my life I would have said fuck this and walked out. Then I grew scared, scared of not being comfortable. Scared of not having security. Complacent.

Lately, however, I find myself growing closer and closer to that girl from so many years ago. So much closer to taking my stand.

Black Sabbath wrote a pretty famous anti-war song back in 1970 called War Pigs, but boy does it resonate. Corporate America, everything going on in the world right now, all of the people who turn that blind eye are part of the machine.

Generals gathered in their masses

In the fields the bodies burning

As the war machine keeps turning

Death and hatred to mankind

Politicians hide themselves away

They only started the war

Why should they go out to fight?

They leave that role to the poor

Time will tell on their power minds

Wait ’till their judgment day comes

Oh yes, I am angry. I have swallowed my misgivings and thoughts and ideas for too long, afraid of the daily struggle I used to experience, but I am growing more afraid of the world and the changes I see occurring. More afraid to NOT express myself, because the time may come soon when expressing yourself isn’t allowed anymore, which led me to come up with my own humble version of Niemöller words…

First, they didn’t let us talk because it was the wrong time and place

Then they didn’t let us talk

If we don’t stand up now, who will be left to stand for us?